Come As You Are | Port Aransas, Texas

“This landmark church, located for the past 69 years on North Alister Street, traces its origins to the 1919 hurricane. That horrific storm destroyed the Catholic, Baptist, and Episcopal churches of Port Aransas, and trying economic times prevented the replacement of those sanctuaries. It was the women of Port Aransas who took up the cause of perpetuating the Christian faith on Mustang Island by conducting a Sunday School from 1919 through 1940. Classes were held at the school and later at the Woodmen of the World Hall, the forerunner of the Community Center. In 1936, the Catholic Church re-established a mission in Port Aransas.

It was logical that the Protestant townsfolk wished to re-establish a worship center of their religious persuasion, and they accordingly sought guidance toward that honorable goal. The two individuals who stepped forward were Mr. W. A. Scrivner, an Aransas Pass businessman (owner of the Aransas Pass-Harbor Island causeway) and an Elder of that town’s First Presbyterian Church; and Rev. Brooks Dickey, D.D., Superintendent of Home Missions of the Presbytery of Western Texas, Presbyterian Church U.S.A. (Dr. Dickey officed in San Antonio).

October 1939, is considered the start date vis-a-vis the movement to re-establish (from the 1919 storm) a Protestant church in Port Aransas; and because the moving forces behind that movement were Presbyterian, there was little doubt about the future denominational nature of that church. 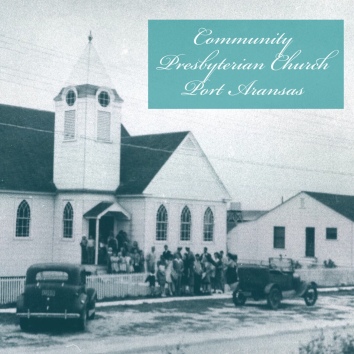 Creation of this place of worship became a bureaucratic, committee based exercise that was going nowhere fast. In August 1940, Mr. Scrivner, an organizer and strong leader, took the helm and things started to click. Scrivner escorted a delegation of Port Aransas women to Woodsboro, Texas, to see the Woodboro Presbyterian Church as an architectural paragon of a small town sanctuary (everyone approved). Scrivner fought through the complicated acquisition of the land and clearing of title – he dealt with an estate having eleven heirs. The first nail was hammered in December 1940, and the church and manse were completed in February 1941. (The Community Presbyterian Church was dedicated on February 23rd, 1941. The official commissioning of the church by the Western Texas Presbytery was held on March 21st, 1946, whereupon the congregation was formally established – by certificate and reaffirmation/professional of faith – and two elders and three deacons were elected.)

The property, the church, and the manse were the heartfelt gifts of Mr. and Mrs. W. A. Scrivner. The Home Mission of Atlanta, Georgia, put $1,000 toward the enterprise, and the people of Port Aransas donated the pews, carpets, kitchen equipment, organ, and piano (and other sundry items).

The first in-residence pastor of the Community Presbyterian Church was Lannie Parnell, and the current pastor, Richard Safford, arrived in 1987. Between these pastoral bookends, twelve spiritual shepherds have overseen the church and its congregation (Excluding Safford, the media pastoral tenure is 2.6 years.) Today, the Community Presbyterian Church counts 255 permanent members. During the winter months there can be up to 400 Northern visitors in the sanctuary on any given Sunday.”

To read our Handbook for Elders about the history of Community Presbyterian Church of Port Aransas, click on the link below.

For more in-depth discussion, you might like to acquire, “Port Aransas” by J. Guthrie Ford and Mark Creighton, Arcadia Publishing (2011).

Thursday | Choir Practice at home, The Lord doesn't care if you sing off key

Learn About Our History 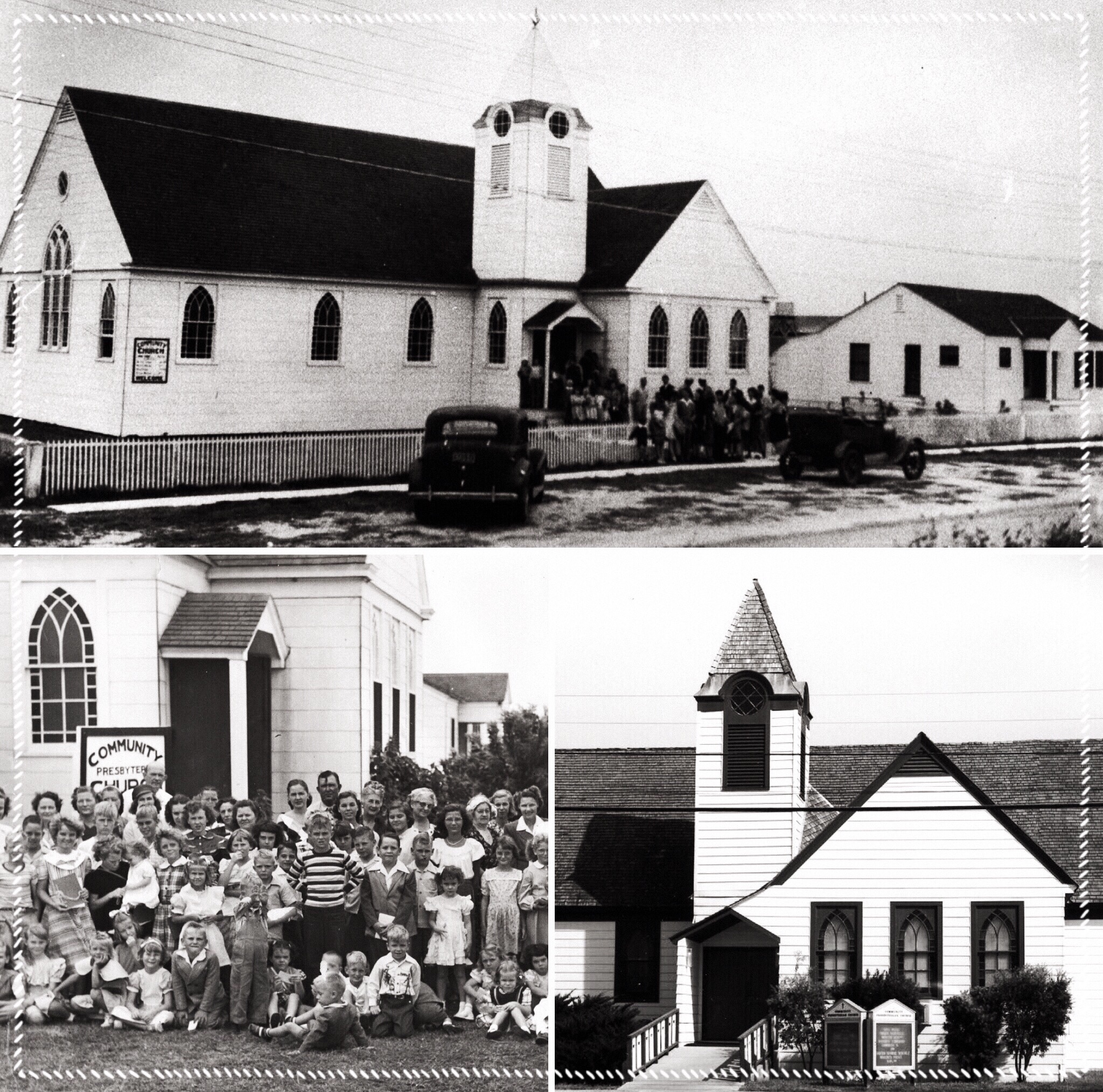